The Bremen Choir St Stephani is one one of the leading choirs not only of the Hanseatic City but of the entire region. Looking back on a tradition of more than 125 years it is also one of the oldest choirs which has developed to a modern concert choir with an ambitious high quality profile.

Each year, about five different programmes are performed. The wide-spread repertoire stretches from classical oratorios to cantatas, sacred a-capella music and modern literature for the service ( e.g. on texts by Huub Oosterhuis) up to contemporary compositions, Spirituals & Gospels, secular works and Jazz.

In addition to this there are several special projects and international contacts, in particular: various performances of the “Canto General” by Pablo Neruda and Mikis Theodorakis with the worldstars Maria Farantouri and Petros Pandis , a programme of international music on “Work and Justice”, as well as the “Bremen Requiem” by Harald Weiss on occasion of the German Protestant Church Congress, 2009 in Bremen (premiere).

With its distinguished programme the choir addresses ambitious singers from all professional groups of the city and far beyond its borders. It is of particular interest for young people who want to sing on a high level and are in search of an open, pleasing atmosphere at the same time.

New singers should have a good voice, experience as choir members, knowledge of musical notation and be ready to take part regularly in the rehearsals. We strive for an adequate mixture of age groups and therefore especially young people are welcome to join. But in the end the quality of voice and the engagement for the progress of the choir are decisive for the membership.

In addition to the weekly choir practise (on Mondays, 19:30 – 22:00) there are working weekends before concerts… 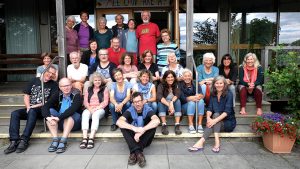 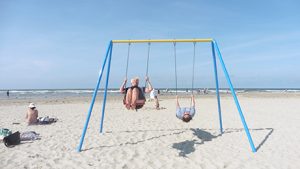 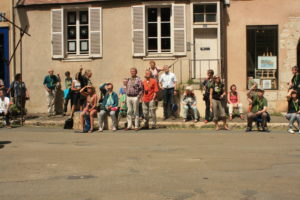